Info:
In a near future, President George Bush has been just elected for the fourth time with his vice Arnold Schwarzenegger and the USA is in war against many nations, among them Iraq, Syria, Lebanon, Venezuela, France and Alaska. In order to compensate the loss of soldiers, the government is researching a virus to reanimate the dead tissue of deceased soldiers and reactivate their brains, to form a powerful army of undead. When the experiment goes wrong and gets out of control in a facility in Sartre, Nebraska, the efficient Z Squad is summoned to destroy the zombies. However, the soldier Byrdflough is bitten by a zombie and afraid of being killed, he escapes to the underground Brademus strip-club owned by the greedy Ianna Esco. Byrdflough bites the star Kat and the stripper spreads the virus, turning her colleagues into zombies and eating the flesh of their clients
Diterbitkan oleh aalfarghani di 12.28 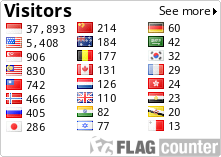